We proudly present our latest offering, the theme from Maybe Someday, Love's lament. Available as a video on youtube or to download with the full soundtrack suite for free Love's Lament : The Theme for "Maybe Someday (Quizás un Día) The theme from the Mediterranean Film Festival Best Soundtrack 2018, this has been in the can for quite some time before being dragged out into the light. Music & Lyrics written by Fernando Baulaz Tortosa & Merrick Wells Benjamin Ansell - Electric

Zaragoza band The Lost Clauses have scooped the Mediterranean Film Festival 2018 Award for Best Short Film Soundtrack in Siracusa, Italy. Maybe Someday/Quizas un Dia a 2016 short film wiritten and directed by Sadie Duarte has been awarded the Giulio Penzo award for it's soundtrack at the Mediterranean film Festival. Featuring the track "Love's Lament" composed by Fernando Baulaz Tortosa and Merrick Wells and performed by The Lost Clauses, the instrumental soundtrack was compo

And now for something completely different...

No three hour challenge this week, Merrick was in London pursuing football related tomfoolery, leaving Ben and Don to twist in the wind, without direction or guidance. So instead we delve into the unpublished archives to bring you a favourite of the band that has waited to see the light of day. Flight of the Conchords is a musical comedy series close to the heart of the band and their song "Business time", a funky pop satire of stale intercourse in a long term relationship ha

The countdown has begun to the launch of Sadie Duarte short film "Maybe Someday". Soundtrack for the short was composed and performed by Merrick Wells and theme tune was provided by the band. The track, "Love's Lament" and the full soundtrack will be available on the website. For further information on the film, which also has a cameo turn by Merrick, visit the official website by clicking on the poster, which coincidentally was designed and produced by Merrick too. #Soundtra 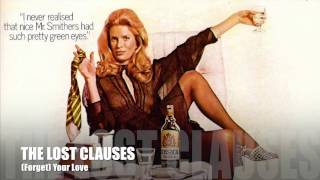 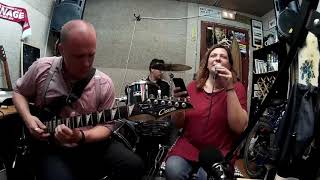 More pop than a panda